A Tradition of Exellence

A TRADITION OF EXCELLENCE 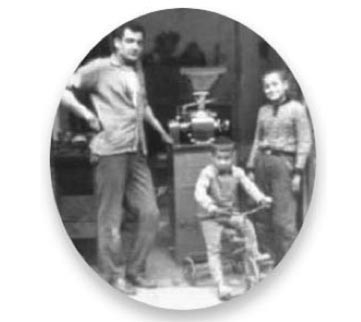 Toper’s light lit up in 1954 by the bright spark and technical knowledge of Nurettin Toper in a tiny atelier of 33 sqms.

Mr. Nurettin worked very hard to manufacture new machines, to ease production and raise the quality since his early ages and the coffee roaster he developed attracted great attention back then.

In those days, he made the first cracked wheat mill of Turkey with his high forecast. He had the great support of his wife Mrs. Zekiye and annually manufactured around 300 machines in his tiny atelier which still are working after all these years of a half century.

The family tradition of Toper is based on this great solidarity.In 1970s, the coming generations were all either technically educated or took active part in production.

In 1980s, the new generation started to work in the research departments of some universities and institutions. In those days, Toper products were higly attracted the attention of Libyans and so the first time the Toper brand was abroad.

As the experience of Mr. Nurettin was combined with the new generaton’s researches, the new products entered in Yugoslavian market at the beginning of 1990.

With the constant devoloping technical quality and safety standards, Toper products were started to be exported to Romania, USA, Canada and Italy in 1995, respectively.

Thereafter, Toper achieved to shorten the roasting period down to 9 minutes and in 1997 started to co-operate with Tübitak (The Scientific and Technical Research Council of Turkey) for the first time.

The light that Mr. Nurettin lit in 1954 is shining in 132 countries today.